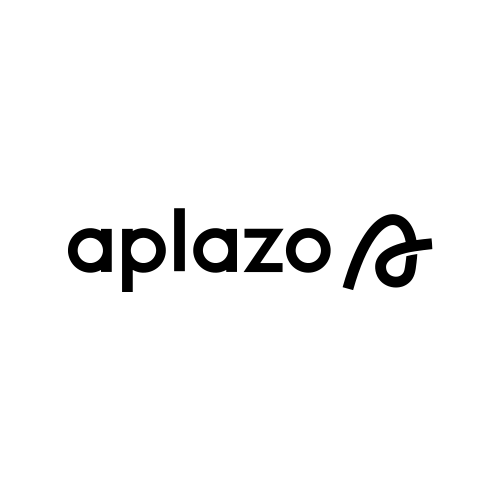 Aplazo, the first omnichannel buy now, pay later (BNPL) platform in Mexico, has raised $27 million in a Series A round led by Oak HC/FT, with participation from existing investors Kaszek and Picus Capital. The new funding comes just four months after the company raised a $5.25 million Seed. The company will utilize funds from its Series A round to accelerate growth, including increasing investment in talent across product, engineering, sales and merchant success.

Since announcing the completion of its Seed round four months ago, Aplazo has grown its total processing volume more than 8X and partnered with hundreds of merchants. Driven by the rapid e-commerce growth in the region and the widespread adoption from both the merchants and the consumers they serve, the company plans to scale its expansion in 2022 to other Latin American countries.

Aplazo is transforming the nature of transactions in Mexico by allowing consumers to receive products immediately and pay for their purchases over time in equal installments. In Mexico, consumers previously required a credit card for installment purchases, representing a significant roadblock for broad adoption, given that only 11% of the population has access to credit and approximately 40% of the population has no credit history.

“At Aplazo, we’re combatting unequal access to credit by providing consumers with access to an alternative form of credit that helps them to extend their purchasing power in a financially responsible, low-risk way,” said Angel Peña, Co-Founder and CEO of Aplazo. “Putting consumers’ needs first has allowed us to create an inclusive solution that has seen tremendous adoption from underserved consumers. The vast majority of our initial users have used Aplazo more than once, and each is doing on average four transactions in less than a year.”

“We see our platform as the basis for democratizing credit in Latin America. We are enabling merchants to connect with consumers in a creative and purposeful way, which builds more loyalty and trust,” said Alex Wieland, Co-Founder and COO of Aplazo. “By providing our partner merchants with access to new customer segments that are credit-worthy, Aplazo is already an indispensable payment method, taking up to 60% of the share of their transactional volume and increasing conversion and repeat purchases.”

“The payments industry is undergoing a transformational shift away from credit cards as Millennials and Gen Z seek to avoid further debt and high interest rates,” said Allen Miller, Principal at Oak HC/FT. “Aplazo’s solution caters to this influential segment of consumers, creating a new payment network that is especially valuable to the Mexican economy where credit is so challenging to access. We look forward to our partnership with Aplazo as they bring their platform to the markets that need it most.”

Mariana Donangelo, partner at Kaszek, said she was very impressed by Aplazo’s growth and how it has been “consistently exceeding targets month after month”. “Angel and Alex are building a stellar team and the company is creating a platform that is already delivering tremendous benefits to both merchants and consumers. We couldn’t be more excited to keep supporting Aplazo in its next phase of growth.”

Aplazo is a “buy now, pay later” service based in Mexico that allows consumers to live their ideal lifestyle, making it easier to acquire the products they want. Through Aplazo, consumers can split their online and offline purchases into multiple installments without needing a credit card and avoiding the debt trap. Aplazo’s integrated, tech-enabled platform offers merchants the ability to increase average basket size, conversion and customer engagement. The company was founded by Angel Peña and Alex Wieland with a mission of empowering consumers in Latin America with simple, inclusive and financially responsible payment solutions.

Oak HC/FT is a venture and growth equity firm investing in companies driving transformation in healthcare and fintech, two uniquely complementary and high-growth sectors. With deep domain expertise and strategic resources, Oak HC/FT partners with leading entrepreneurs at every stage, from seed to growth, to build businesses that make a measurable, lasting impact on these industries. Founded in 2014, the firm has $3.3 billion in assets under management and is headquartered in Greenwich, CT, with investors in San Francisco and Boston. Follow Oak HC/FT on Twitter and LinkedIn and learn more at oakhcft.com.

Kaszek is the largest Latin American early-stage venture capital firm whose core focus is to partner with extraordinary entrepreneurs at their Seed, Series A or Series B financing rounds and continuously support them over the years with more capital, and strategic and operational guidance in their building of long-lasting, high-impact technology companies.

The firm, founded in 2011, has raised more than $2 billion in seven funds (five early-stage funds and two late-stage opportunity funds), has invested in over 100 companies in industries such as financial services, commerce, blockchain, education, healthcare, real estate, and enterprise software, and is the leading unicorn builder in the region, with 12 such companies in its portfolios: Nubank, Kavak, QuintoAndar, NuvemShop, Gympass, Bitso, Loggi, Creditas, NotCo, MadeiraMadeira, Konfio, and PedidosYa.

Picus Capital is an international, privately financed venture capital company with headquarters in Munich and offices in New York, Beijing, Berlin and London. Picus predominantly invests in Pre-Seed, Seed and Series A rounds and focuses on technology companies in the real estate, finance and insurance, HR, renewable energy, mobility, ecommerce and healthcare sectors. As an entrepreneurial sparring partner, Picus Capital pursues a long-term investment philosophy and supports founders from the ideation phase to the IPO and beyond. For further information please visit www.picuscap.com and www.linkedin.com/company/picus-capital.